Tipping in the USA, when do you have to pay?

USA Tipping: a very important topic! 🙂  The USA is absolutely beautiful and definitely worth a trip, but there are definitely a few things that are different on the other side of the ocean. One of the most important things that you have to pay attention to is the tip culture. Visitors frequently ask themselves “When do I have to tip? Is it really necessary? Am I a bad person when I don’t give enough tip?” Well, it’s your lucky day, because we have the answers for you 🙂

In a restaurant you must, I repeat, MUST, pay tip. It doesn’t matter if the service is good or bad. In many states, restaurants are not required to pay minimum wage to their service-employees. Their entire salary can depend on that tip money. The tip isn’t just a way to thank someone for good service, but rather to make sure the employees can cover their living costs.

Tip is almost never calculated on the bill, but rather is always added on top by the customer. Useful tip: in many states the sales tax is 7-10%. The amount of the sales tax is always shown on the bill. If you’re too lazy to pull out a calculator, simply double the sales tax. The tip then comes out to be between 14% – 20%, which is totally acceptable. 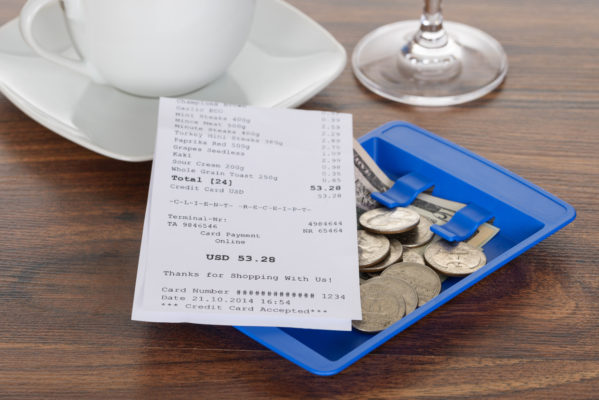 USA Tipping in Bars or at the Club

You head to the bar and buy a beer. Okay, $2.50, that sounds fair. And because you physically went to the bar, you don’t have to pay tip. Wrong! Although there’s no “personal service” given at the bar, it is still considered customary to leave a small tip. The 15%-20% rule goes mostly through the window, most people will just give $1 per drink. Of course that can become very expensive, very quick. But that’s just the way it is in the USA. In general is alcohol in bars much more expensive in the USA in comparison to Europe. This is one of the reasons that house parties are so popular- buy the drinks at the supermarket and bring the party to your house! 🙂 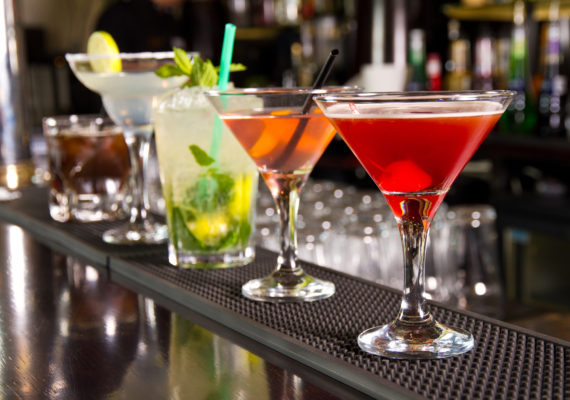 Okay, you’ve already spent a ton of money tipping at the restaurant and the bar, it’s time to go home. You’ve had a few cocktails and decide to take a taxi for the ride back. Definitely a good decision, but don’t forget to factor in the tip for the taxi driver! 😉 While there is no set rule, it is customary to tip your taxi driver 10% of the cost of the ride. It is very dependent on the cost of the ride, for example if you only drive 1 km and only must pay $2, it’s not appropriate to pay $0.20. $1 would be fitting in this situation. When in doubt, tip more! 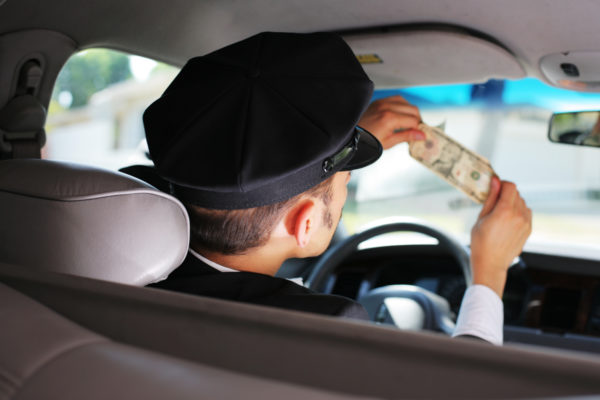 This has really been an expensive night! After all this money spent I can definitely understand that you might just want to spend the next night in the hotel room 😉 I mean, a good pizza and Netflix night is just as fun on vacation as it is at home! You ordered a pizza to be delivered to your room, and you think to yourself that you’ve really made a great deal. But wait just one minute- the pizza guy must also be tipped! 🙂 For pizza delivery the tip is usually not calculated based on percentage, rather just a set amount for the delivery, usually $1 – $2. Occasionally the tip is already included in the price. To avoid paying this tip simply pick up the pizza from the restaurant. If you don’t have a car, that could of course be a problem 😉 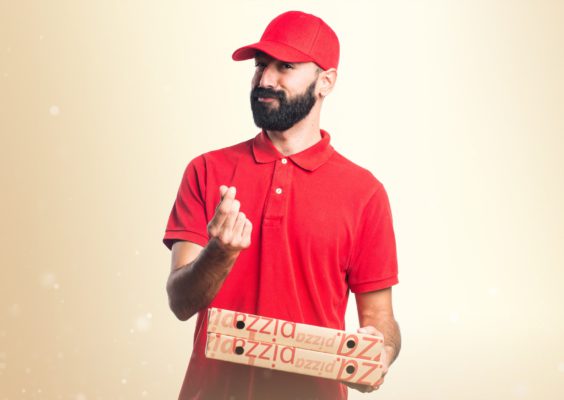 There are definitely more situations, where you need to pay tip. However if I explain any more, I worry that you just won’t want to visit the beautiful USA! 😉 As a general rule, if you’re not sure if you should tip, just go ahead and tip anyways. From the European perspective it can be a bit difficult to understand, but the Americans really put a lot of value and worth into the whole “tipping culture”. Those that don’t tip are considered cheap, and not in a good way. Don’t be the guy that doesn’t pay! 😉

Previous Deal3 day city break to Madrid with centrally located hotel & flights for only 443 DKK / 59 € Next Deal8 day holiday on Malta with excellent 4* Hotel, breakfast and flights only 1189 SEK / 120 €

We use first-party and third-party cookies for several reasons. Below you will find a detailed overview of the different types of cookies used on this website and our the reasons for using them:

These cookies are used to track the use of promotional offer provided on this website. They solely serve the purpose to allocate sales or other transactions to the respective offer on our website in order to receive our commission.

These cookies collect information that is used either in aggregate form to help us understand how this website is being used, to improve user experience and fix issues on the website quickly or to help us customize our websites and services for you in order to enhance your experience. These cookies may be placed by us or by third parties on our behalf and will be stored for the duration of your session.

These Cookies help us to make this Website and its content more relevant to your interests and to deliver you content tailored to your interests. In addition, these cookies help us to control the frequency with which promotional offers are displayed to you. These cookies also enable us to serve advertisements on other websites across the Internet to previous visitors to our site and to measure the effectiveness of such ads. Advertising cookies are mostly placed by third parties, such as advertising networks or social networks. The information collected by these third parties on this website does not include personal information that enables them to directly identify users (e.g. by reference to their email address). They might, however, use information collected about you on other websites and combine such information.