3 days in London with “The Making of Harry Potter ™” tour incl. hotel, breakfast & flights only 1.249 kr

Any Harry Potter fans out there? Of course yes! Here is the ultimate travel deal for every Harry Potter fan which I just found on TravelBird. Go on a 3-day trip to amazing London with flights, hotel, breakfast and the entrance to the Warner Bros. studio tour “The Making of Harry Potter ™” from just 1.249 kr.

Enjoy two nights at the 3 * Royal National Hotel including tasty breakfast in the super central accommodation. The 3* hotel offers you a great starting point for this trip. Many attractions such as the Tower Bridge and the Big Ben are all within walking distance.

The highlight of your stay is of course the trip to the famous Warner Bros. studio tour “The Making of Harry Potter ™” 🙂 Step into the life of Harry Potter and his friends Hermione and Ron. Visit the Gringotts Bank or look into Albus Dumbledore’s office. You can see how the scenes have been shot with all the special effects and you can take a ride with a broom like Harry did. I promise this is fun for people of all ages. The easiest way to get to the Warner Bros Studios is by bus or train. From Watford Station you can take the Harry Potter bus for £ 2.50 per person.

The flights are with Ryanair or Norwegian Air from Billund, Aarhus, Copenhagen or Aalborg directly to London. There are various dates available from November – March 2019.

PS: Did you know that the film studios which was home to the Harry Potter film series was originally an old aircraft factory which manufactured planes such as Halifax Bombers and Mosquitoes? 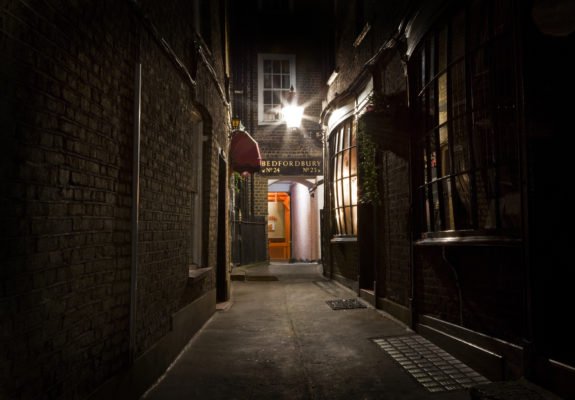 Travel to the Making of Harry Potter™ Studio Tour in London

Sign up for our Newsletter, and don’t miss anymore deals. You’ll be the first to find out about our London bargains!

We use first-party and third-party cookies for several reasons. Below you will find a detailed overview of the different types of cookies used on this website and our the reasons for using them:

These cookies are used to track the use of promotional offer provided on this website. They solely serve the purpose to allocate sales or other transactions to the respective offer on our website in order to receive our commission.

These cookies collect information that is used either in aggregate form to help us understand how this website is being used, to improve user experience and fix issues on the website quickly or to help us customize our websites and services for you in order to enhance your experience. These cookies may be placed by us or by third parties on our behalf and will be stored for the duration of your session.

These Cookies help us to make this Website and its content more relevant to your interests and to deliver you content tailored to your interests. In addition, these cookies help us to control the frequency with which promotional offers are displayed to you. These cookies also enable us to serve advertisements on other websites across the Internet to previous visitors to our site and to measure the effectiveness of such ads. Advertising cookies are mostly placed by third parties, such as advertising networks or social networks. The information collected by these third parties on this website does not include personal information that enables them to directly identify users (e.g. by reference to their email address). They might, however, use information collected about you on other websites and combine such information.